The Svayambhu Ganesh in Adasa

We arrived at Adasa as dusk was starting to settle and the sun was setting behind the clouds. I wanted to show my sister the huge orange Lord Ganesh, up high, on the side of a mountain, above the sweeping blanket of rural Maharashtra. I had visited Adasa when I was pregnant, it was nice to see it again, and Rohan could see how the place looked from outside. Adasa is one of the most peaceful places around (except when there is a festival dedicated to Lord Ganesh being celebrated, then it’s hectic busy). 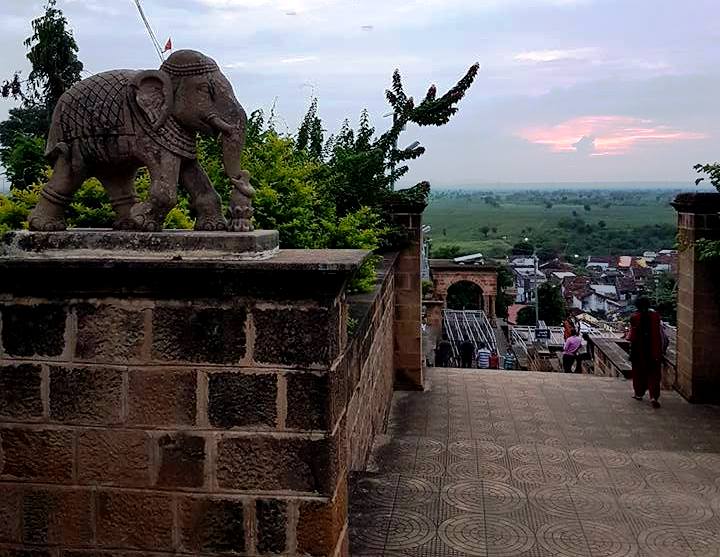 A sign post near the temple said that the twenty-foot Lord Ganesh was ancient and Svayambhu. I wondered what that meant so I asked my husband once we were back, luckily he is pretty good when it comes to Sanskrit.‘Svayam’ means self and ‘bhu’ means earth or established. So, this meant that the image of Lord Ganesh came out of the mountain itself, it wasn’t man made.

It’s interesting, the shapes we see in nature, the patterns our eyes find. When I was a child, I used to love looking for things in cloud formations. There is even a scientific word for it, simulacrum. I always thought the things I saw in clouds had a special meaning. Someone must have came across the image of Lord Ganesh in the mountain, felt profoundly moved, and built a temple around him. 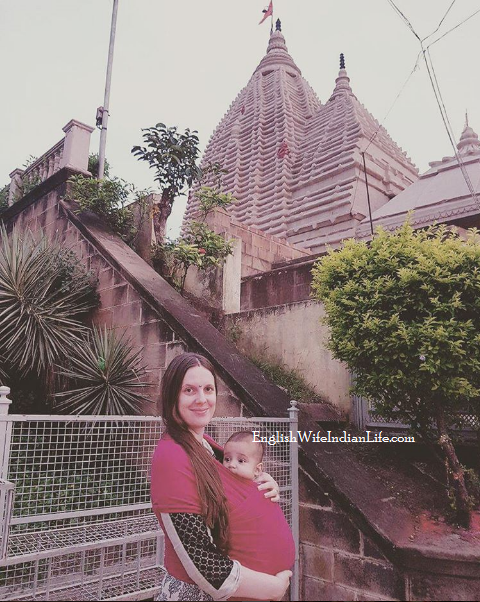 The Lord Ganesh of Adasa is an example of one of the twelve images of the Lord described in the Ganesha Purana (religious text dedicated to Lord Ganesh), his trunk turned to the right. He is buried below the navel, above the ground he stands 20 feet tall and 10 feet wide (the sign I mentioned above told me).

Sammy enjoyed the trip and Rohan got to see happy Mr. Mouse, Lord Ganesh’s vehicle, standing outside the temple!

There are many Svayambhu temples across India. One I really would like to visit is on the coastal side of Maharashtra. It’s called Ganpatipule and stands on a beautiful beach, local legend dictates that the image of Lord Ganesh was found in the sand over 400 years ago. Sounds beautiful, doesn’t it?